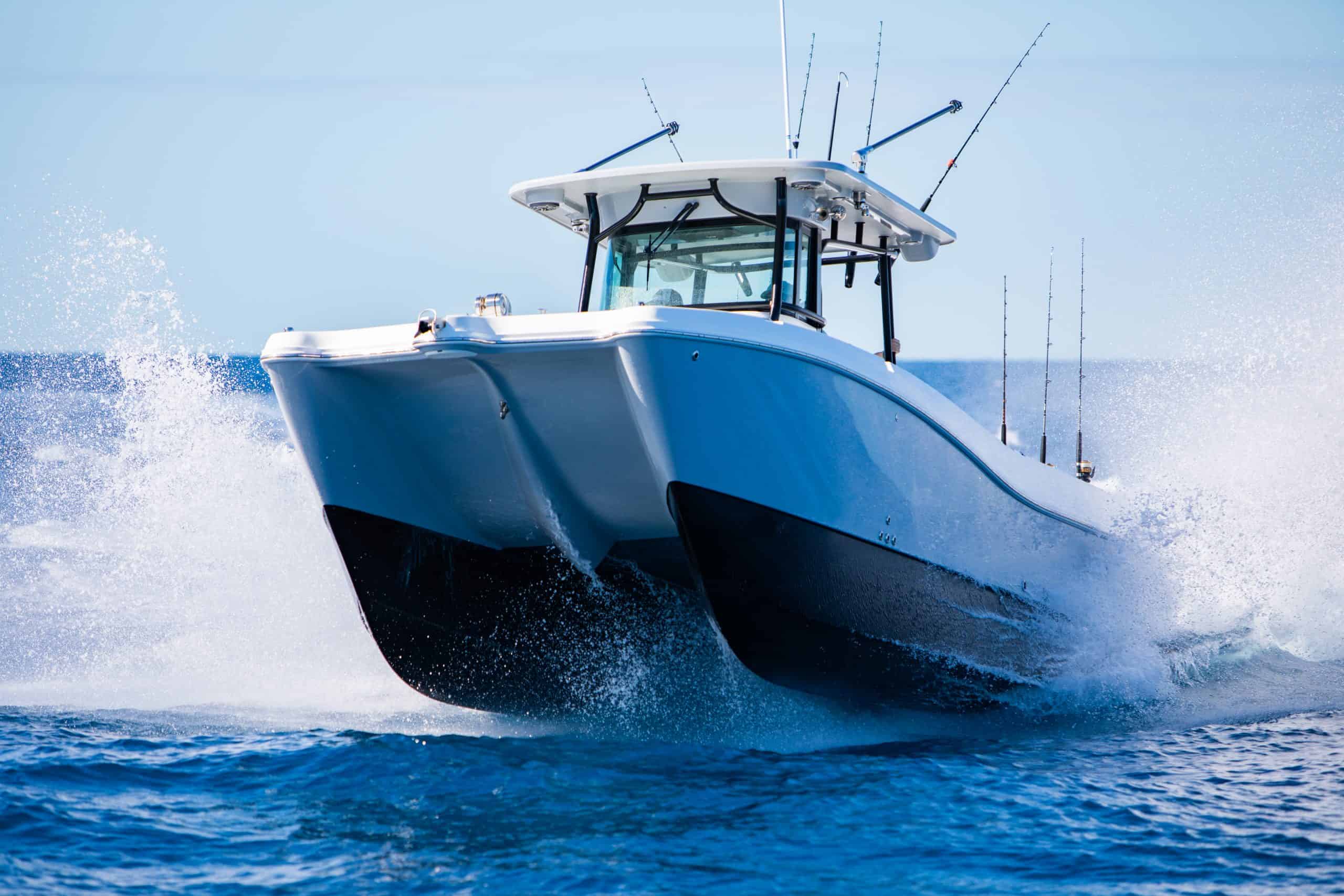 Every year at World Cat around springtime we compile a list of potential model year changes for the upcoming year. Our team starts by reviewing a complied list of enhancements or changes gathered from our customer base. Our dealer network sends suggestions they feel would add value to the current models we produce. These can be very small changes to hardware, on up to major tooling modifications, or even an entire new model being developed. This list is analyzed extensively to determine what new center console boat features will make it. We build boats that are used in different markets around the world, and what works in one country doesn’t necessarily mean it will work in another. We could also build the most tricked out boat with all the bells and whistles, but are they things boat owners will value? All of these items are taken into consideration and a final list is compiled. This year, a great new feature we decided on was what we call the Mezzanine seat option on the 325 Center Console.

Our team began with simple renderings to get a feel of how big or small the Mezzanine should be to feel right. We also wanted it to mesh well with the rest of the 325 Center Console deck. Our Team worked side by side with our network to determine what additional features and capacities we should add to it. Once we had a scope of the project and the parameters defined, we began the design of the project!
Using cad technology, the team was able to start designing the fiberglass components that make up the new Mezzanine option. It may sound simple to build a console with an aft-facing seat, however, it’s much more than a simple one-piece mold. Because of existing features already on the 325CC deck, we chose to design this seat assembly into the existing features. Instead of a one-piece assembly we decided on a three-piece design so boat owners would still have access to fuel tanks if needed. We also designed a pressurized live well ensuring baits stayed as lively as possible throughout the whole day.
A final great idea from our network was to design a helm step lid that would attach under the helm seat. This allows the captain to lower the lid and gain 4″ of height to operate the boat behind the helm. This creates a better line of sight to keep everyone safe while underway.
Before sending the design off for tooling we must confirm what we see on the computer, fits right in real life. What looks good on the screen does not always translate to working in the real world. Does a 15” seat height feel right? Is 20” of walkway enough? All these things must be confirmed, and the only way to do that is to build a mockup and test it out! The manufacturing engineers began taking the cad design and created cut files that are used to cut plywood framing on a CNC router. The process is much like a giant puzzle, each piece fits tightly against the next forming a 3D shape that becomes a feature like the mezzanine seat. Once cut, assembled, and put on the deck we can finally confirm if the design is ready for the next step, which is making the tooling. The Mockup needs to be as exact as possible. All hardware, hatches, tackle storage, etc. have to be accounted for before the tooling can start to ensure everything is planned to perfection.
The tooling files are sent off to a trusted partner that utilizes 5 axis milling machines to create what we call plugs. The plug is a shape that will resemble what the final product looks like. The plugs are constructed of big framed up foam blocks that the milling machine shapes down to resemble the final piece. The machines can only get you closer though. The process still requires a lot of hands-on shaping and fairing from experienced plug and mold builders. Once the final shape is completed the plugs will now become the basis for the molds to be built off of. The plugs are taken down to a very fine sanded finish and buffed to a glossy shine. Once sanded and polished they are waxed multiple times to ensure the mold will not stick to the surface and will allow release. The molds are built by spraying the plug with a very hard Gel Coat called Tooling gel. After the gel has cured, they start by adding thin layers of chop strand matt, rolling out all the air, and letting it cure. Temperature is important so each layer is cured and cooled down to room temperature before additional layers can be added. Once the lamination process is complete the mold must now be framed or supported. We have always used steel piping as our mold structure. The piping is cut, bent, and welded to form a perimeter skeleton that will be glassed to the backside of the molds keeping them stiff, not allowing them to flex. The molds can now be released and pulled off the plugs. The new molds are then polished and waxed so they can now go into production.

The new molds are then put into the production schedule. These processes in production are gel coat, lamination, pull, and cut. Each process takes a designated amount of time, based on the complexity and size of the part. Then the Mezz seat parts enter what is called Preassembly, This is where all the small hardware and components can be added to the part before it’s installed in the boat. The center console boat then travels down the assembly line with the Mezz seat and components getting installed at the correct time and stage. During this process we have engineers working closely with the manufacturing team, ensuring all parts are fitting to plan. The engineers also create work documentation, confirming cut and assembly fixtures are correct. Once the boat has been fully assembled the boat is tested in our system test area of the factory. This area allows us to run engines and run water through all the water systems of the boat. After the system check has been performed and any have been resolved the boat is then cleaned, detailed, and ready for delivery.

The first Mezz seat option Worldcat Center Console boat was debuted at the Miami International Boat Show creating quite a buzz. At the show customers and dealers where allowed to get a first glance at the upgrades and the final finished product. Media and magazine publications also got first look at what our team worked to create!

Take a look at our Instagram page to see a full walkthrough of the 325CC with Center Consoles Only featuring the Mezzanine seat and other new features!

Scroll to Top
We use cookies to ensure that we give you the best experience on our website. By continuing to browse the site, you are agreeing to our use of cookies.OkPrivacy policy