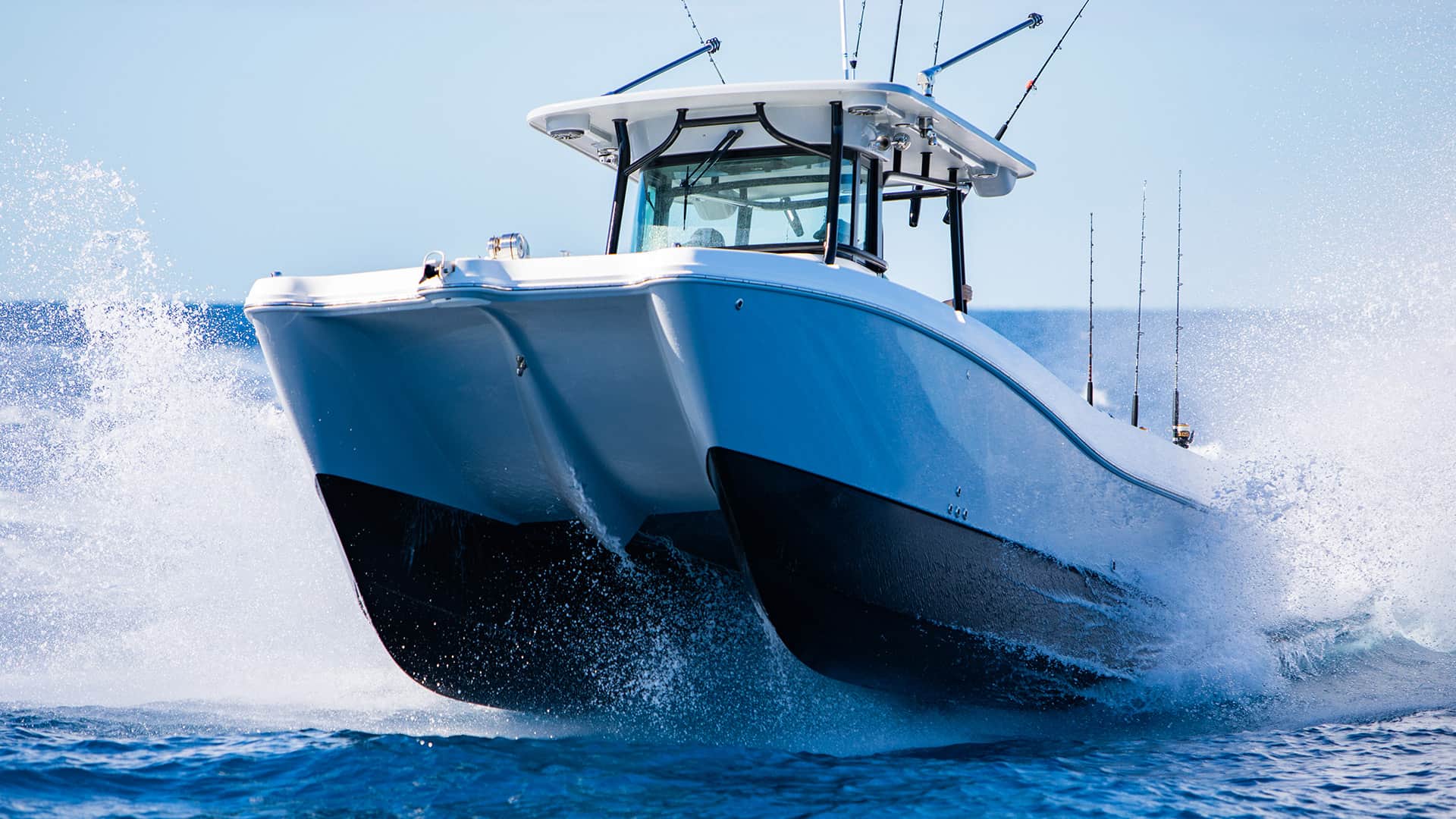 The 325CC showcases numerous enhancements and improved aesthetics, such as available Shadow Series option with multiple exciting elements, a transom reinforcement for higher HP rating; removable port and starboard YETI coolers with seat cushion in cockpit, coaming pad bolster and transom storage tubs with acrylic lid. A USB charger and two additional cup holders both port and starboard on the gunwale cap can be found in the bow. This model provides unmatched performance with offshore range all on a stable, proven catamaran platform. 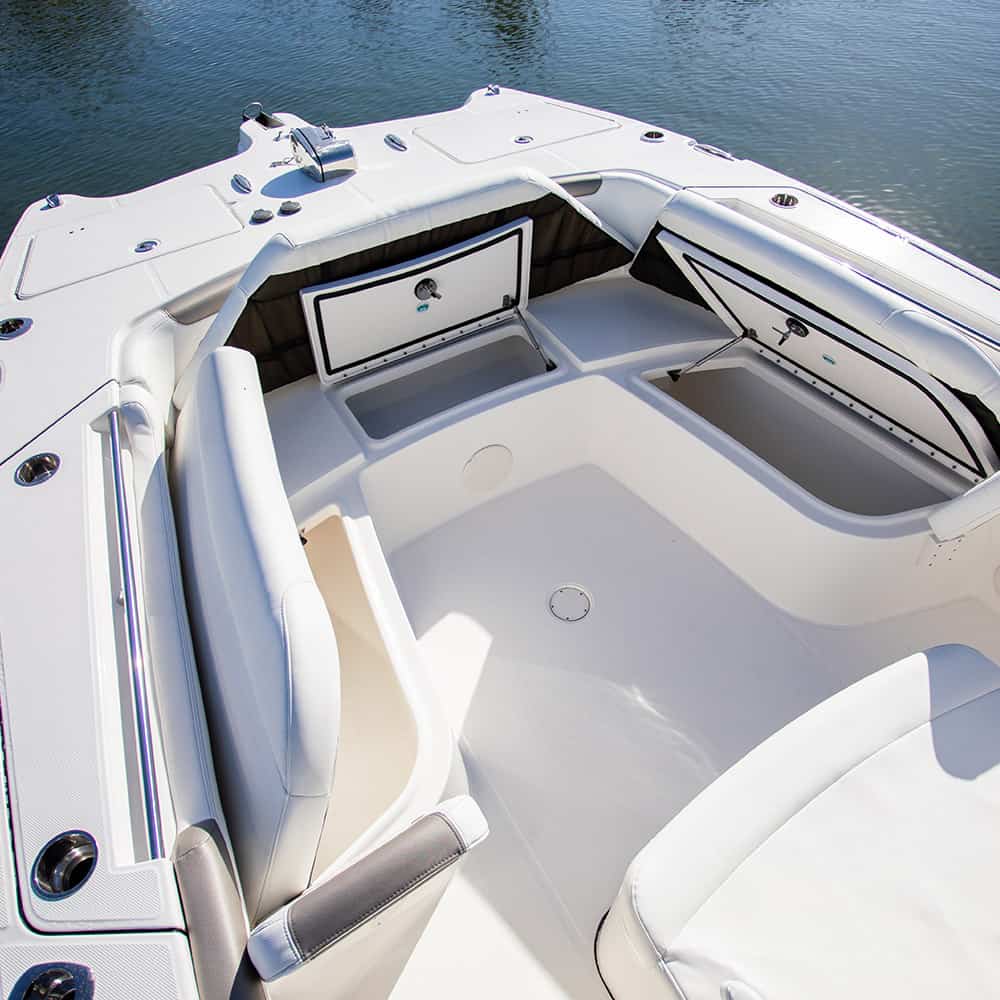 OVER 1,300 GALLONS OF INSULATED STORAGE 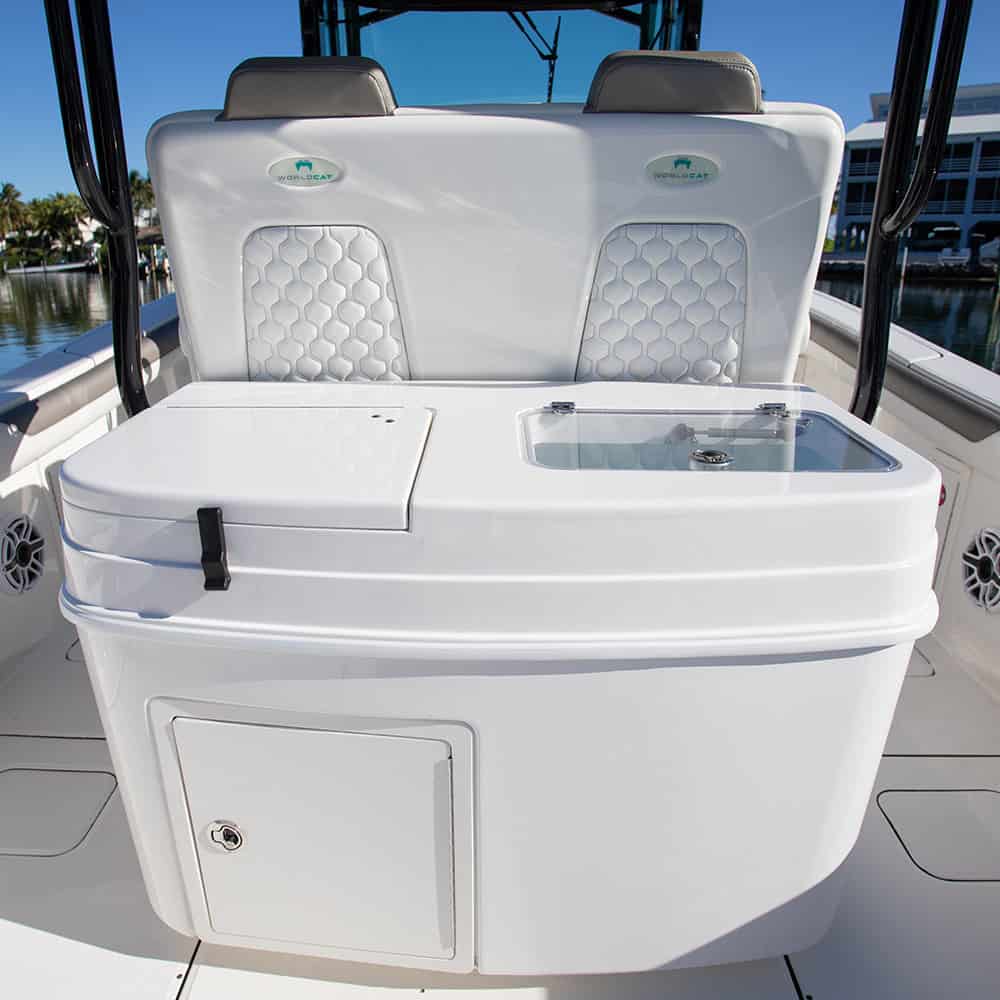 SEE ALL FEATURES AND OPTIONS

* Includes max power and typical options
** Measured keel to top of fiberglass hardtop with no outriggers nor electronics installed (not including trailer itself)
*** Tested with max power, two people, 1/2 fuel, no gear 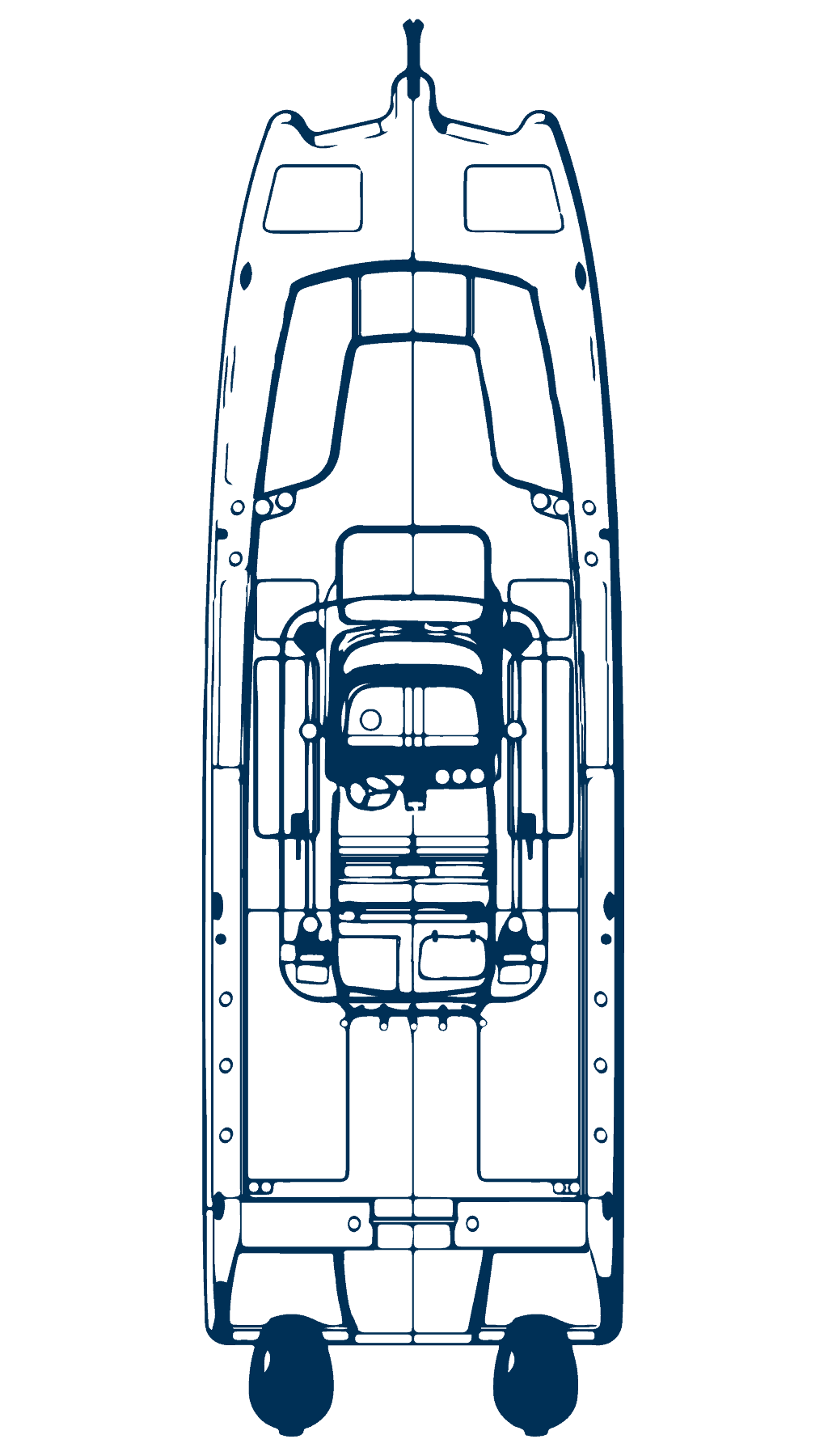 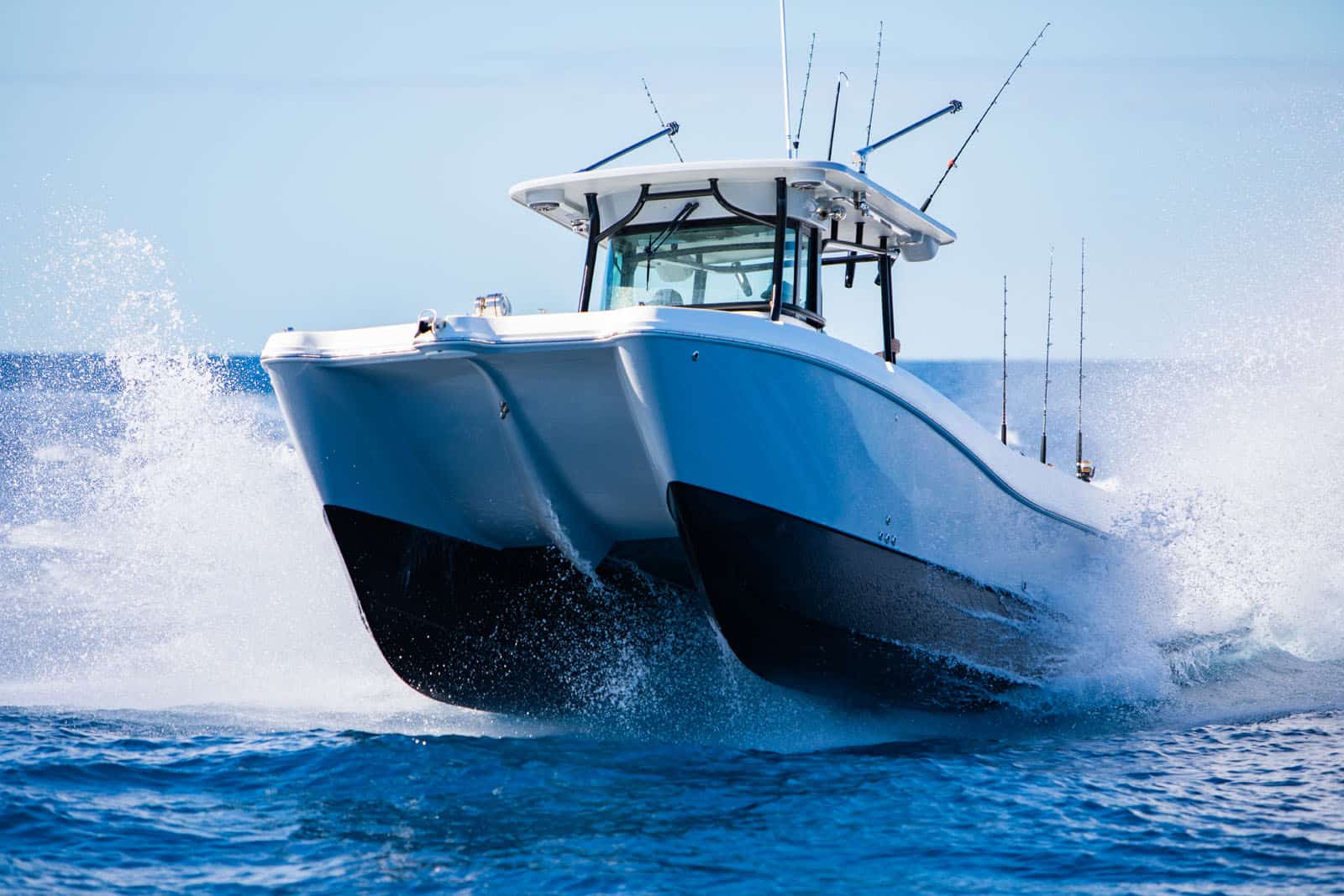 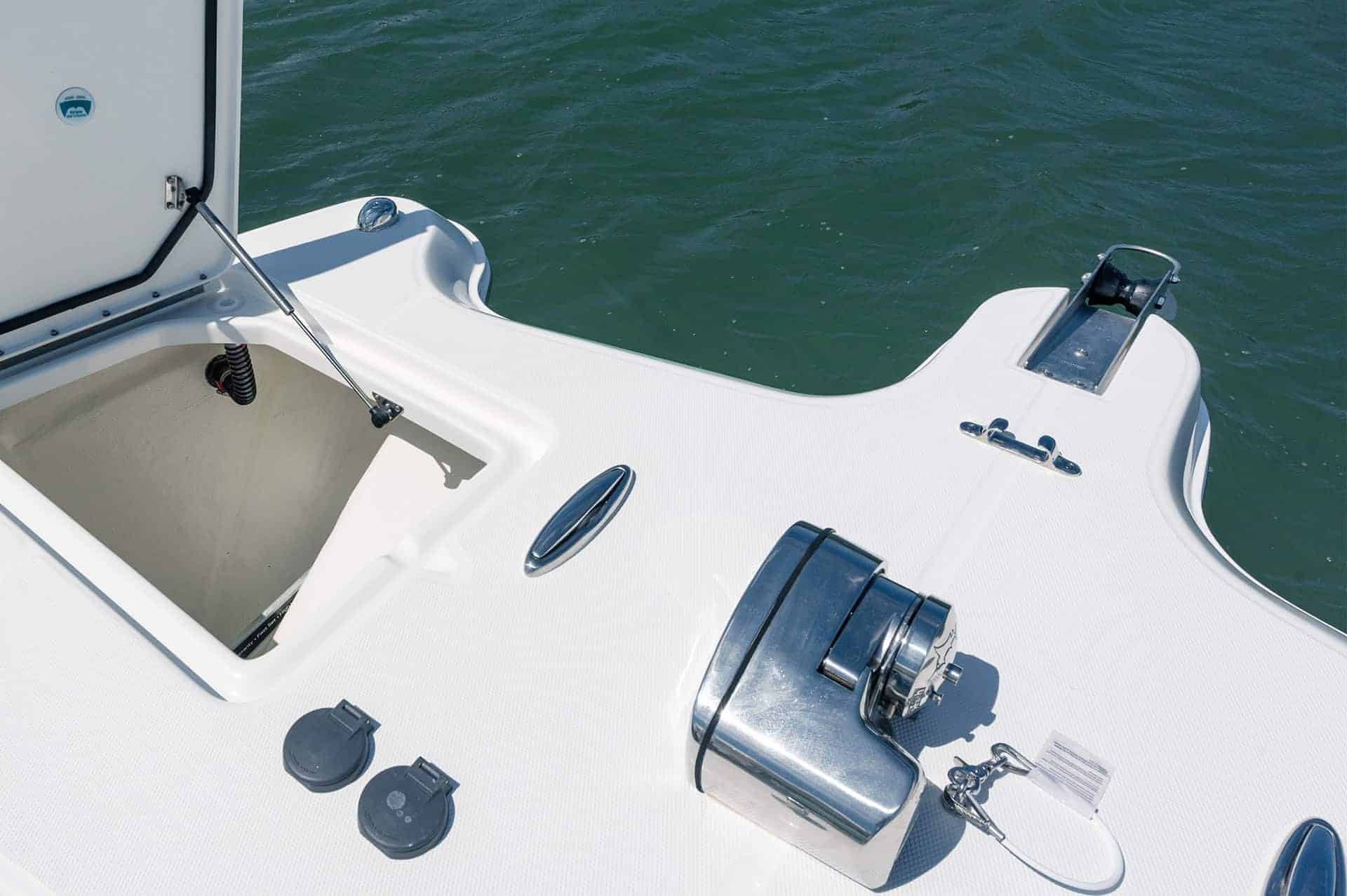 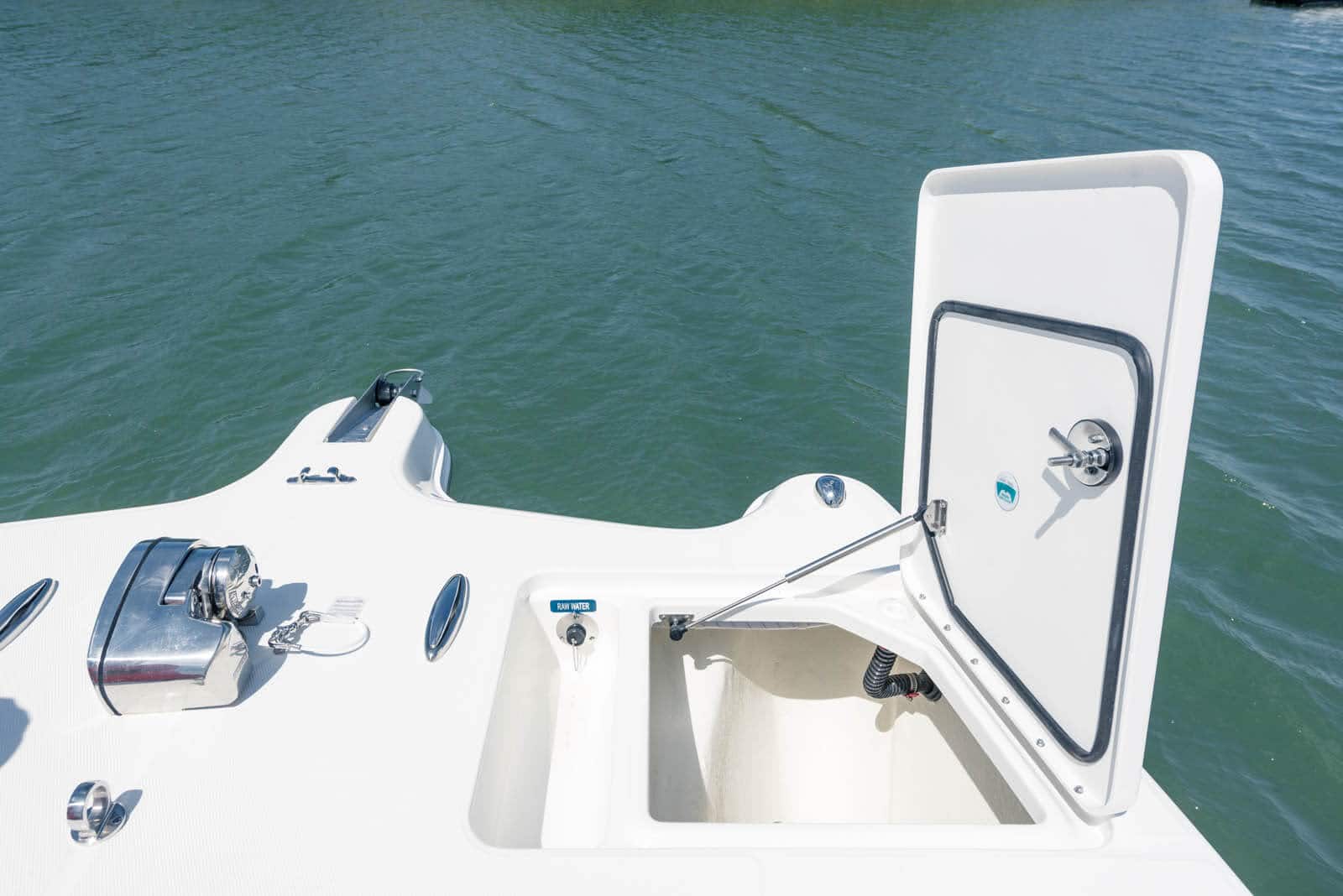 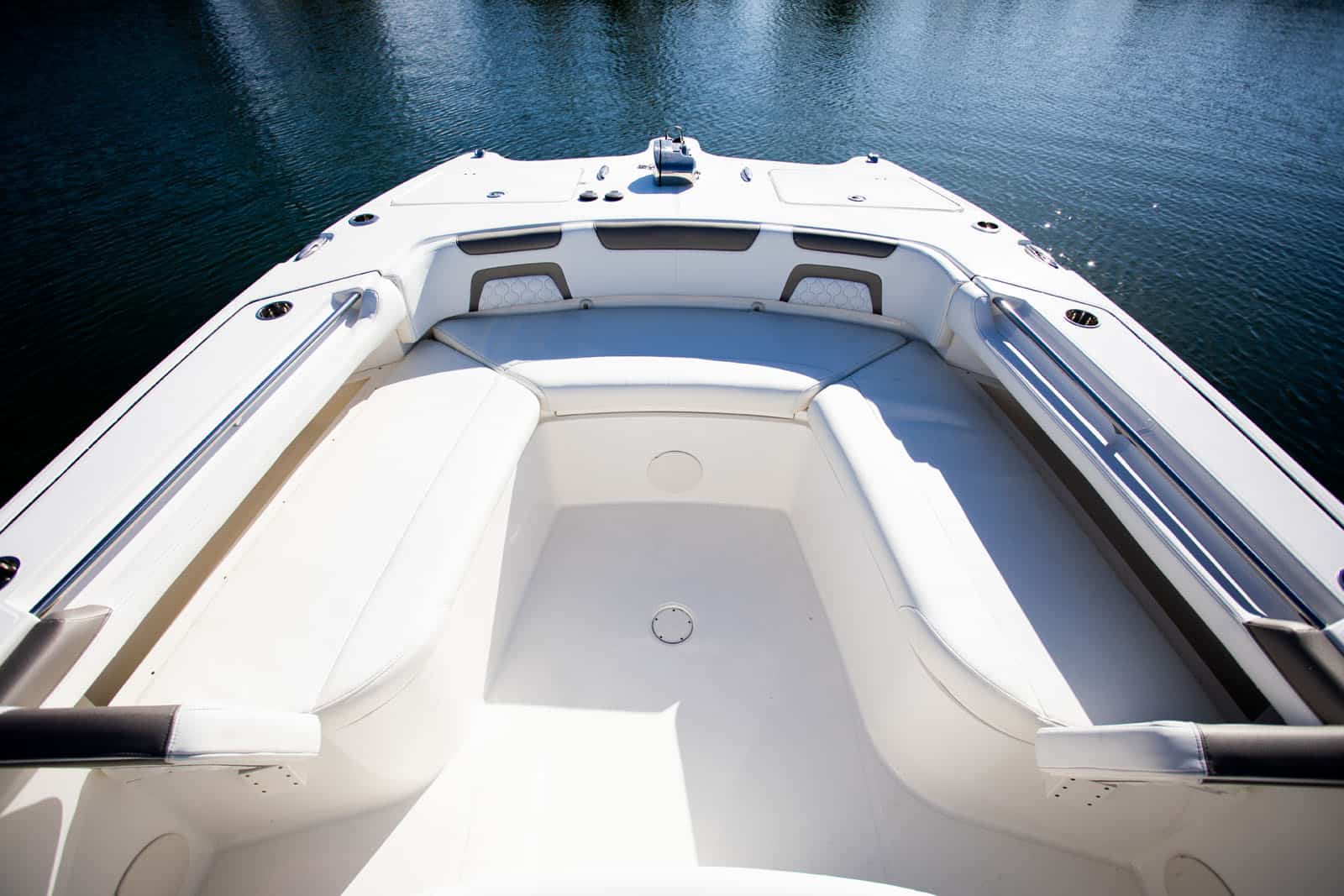 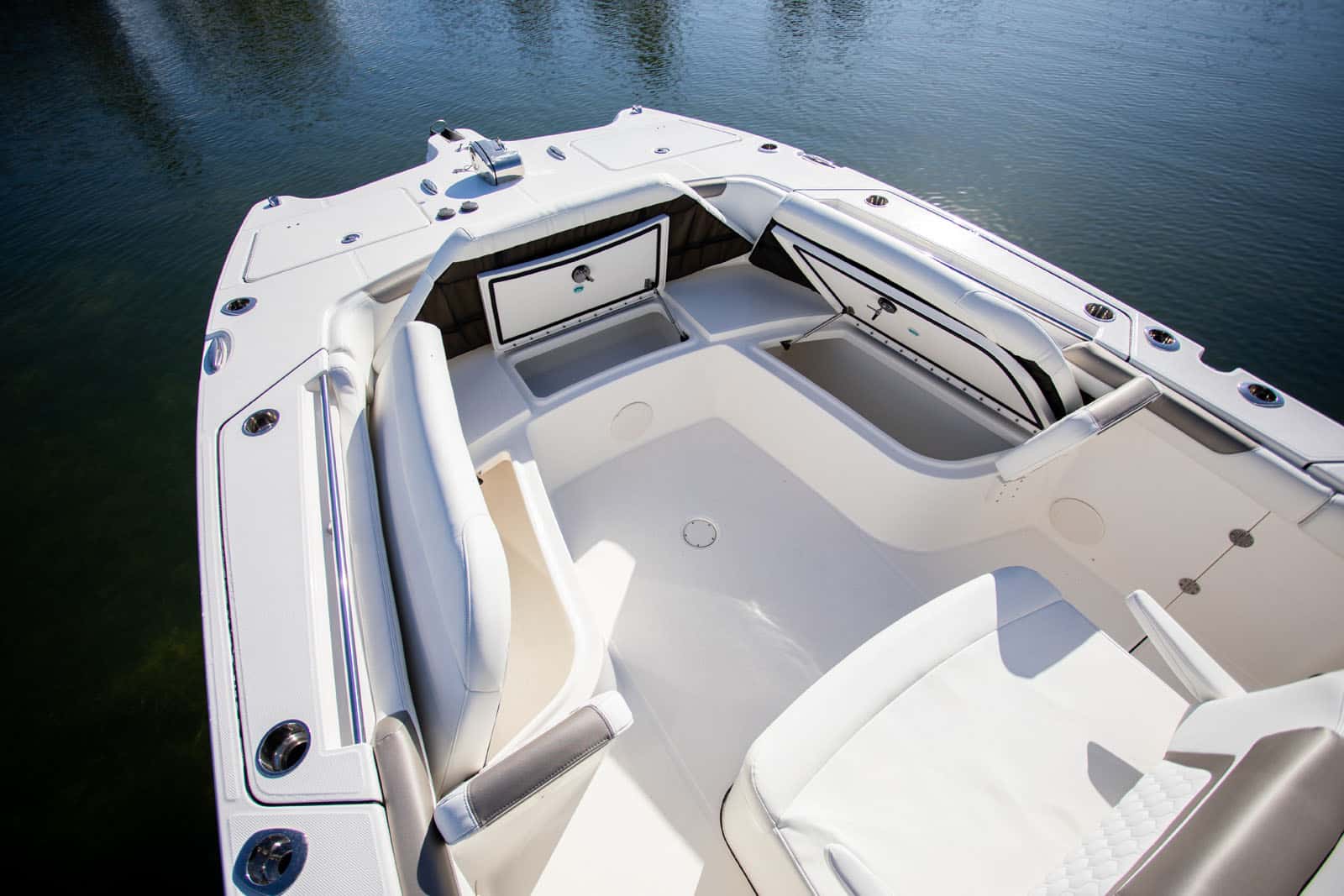 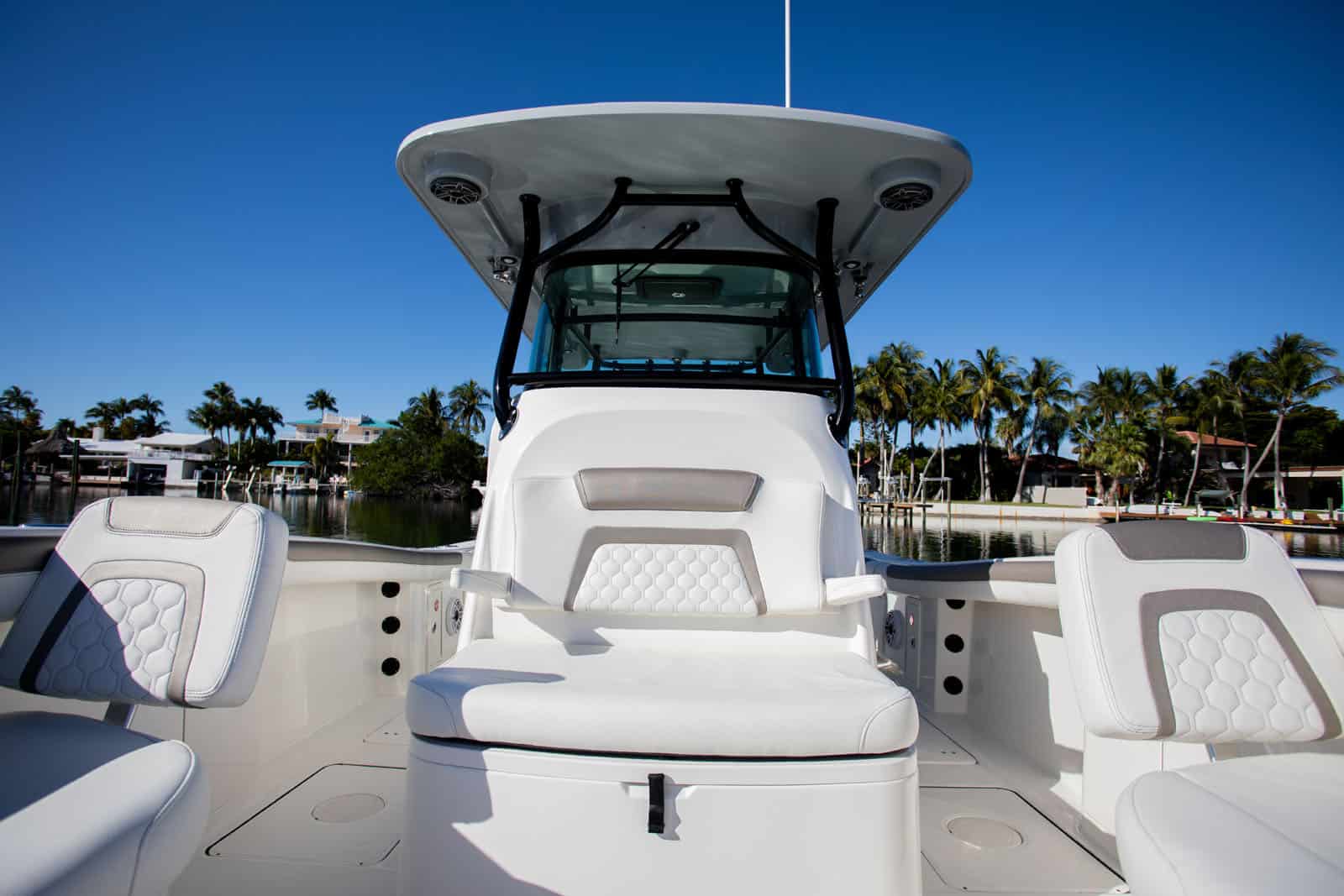 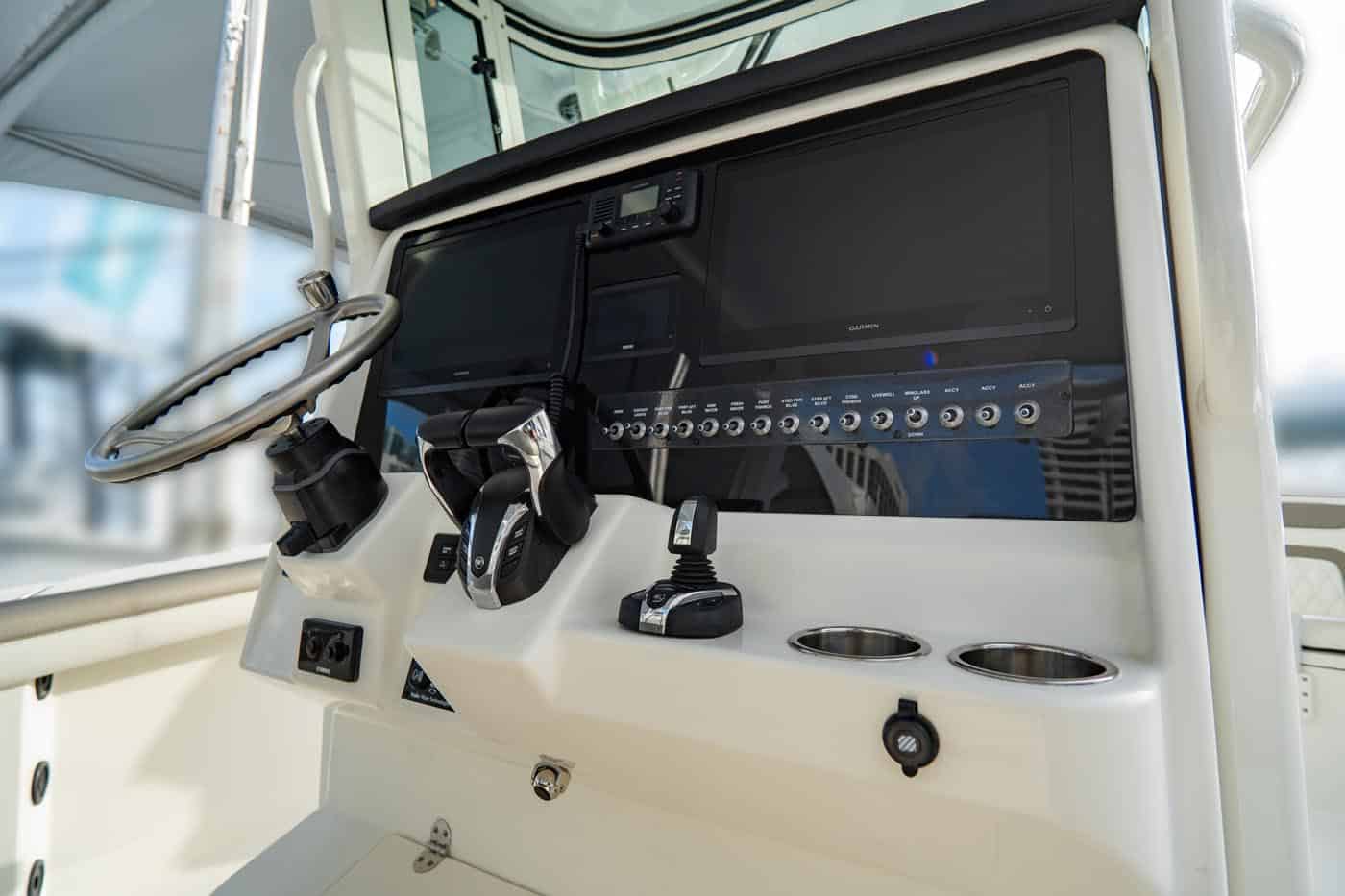 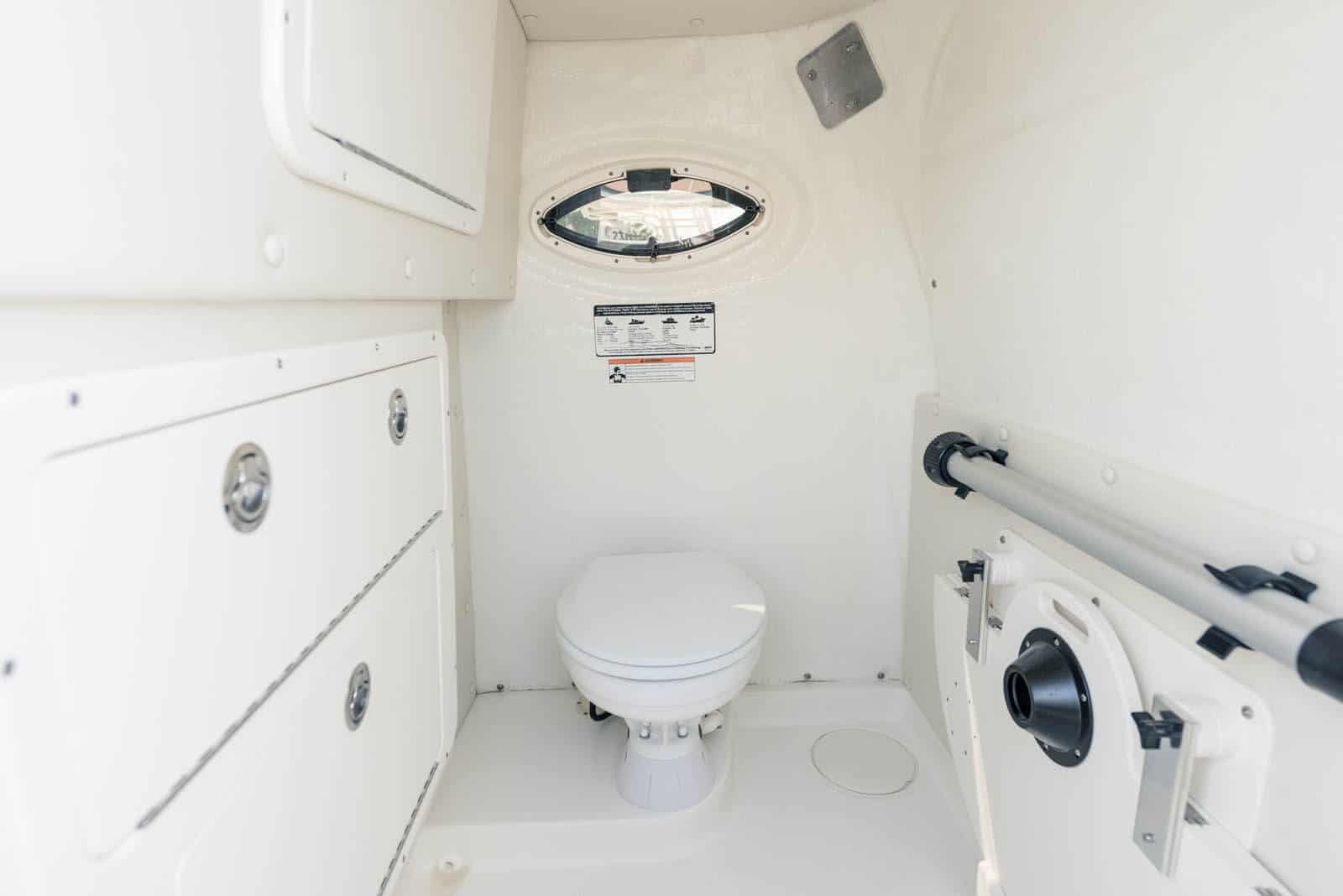 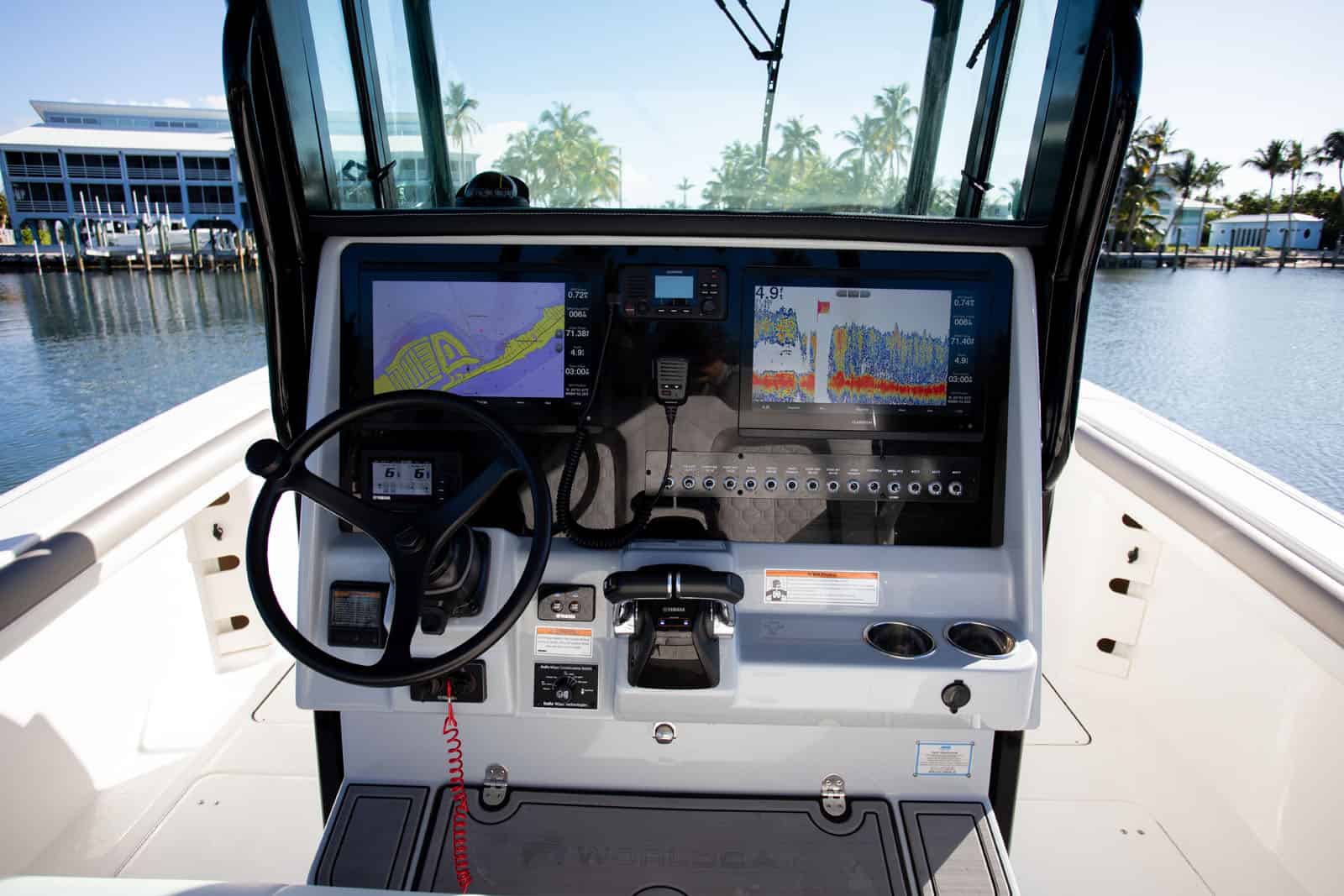 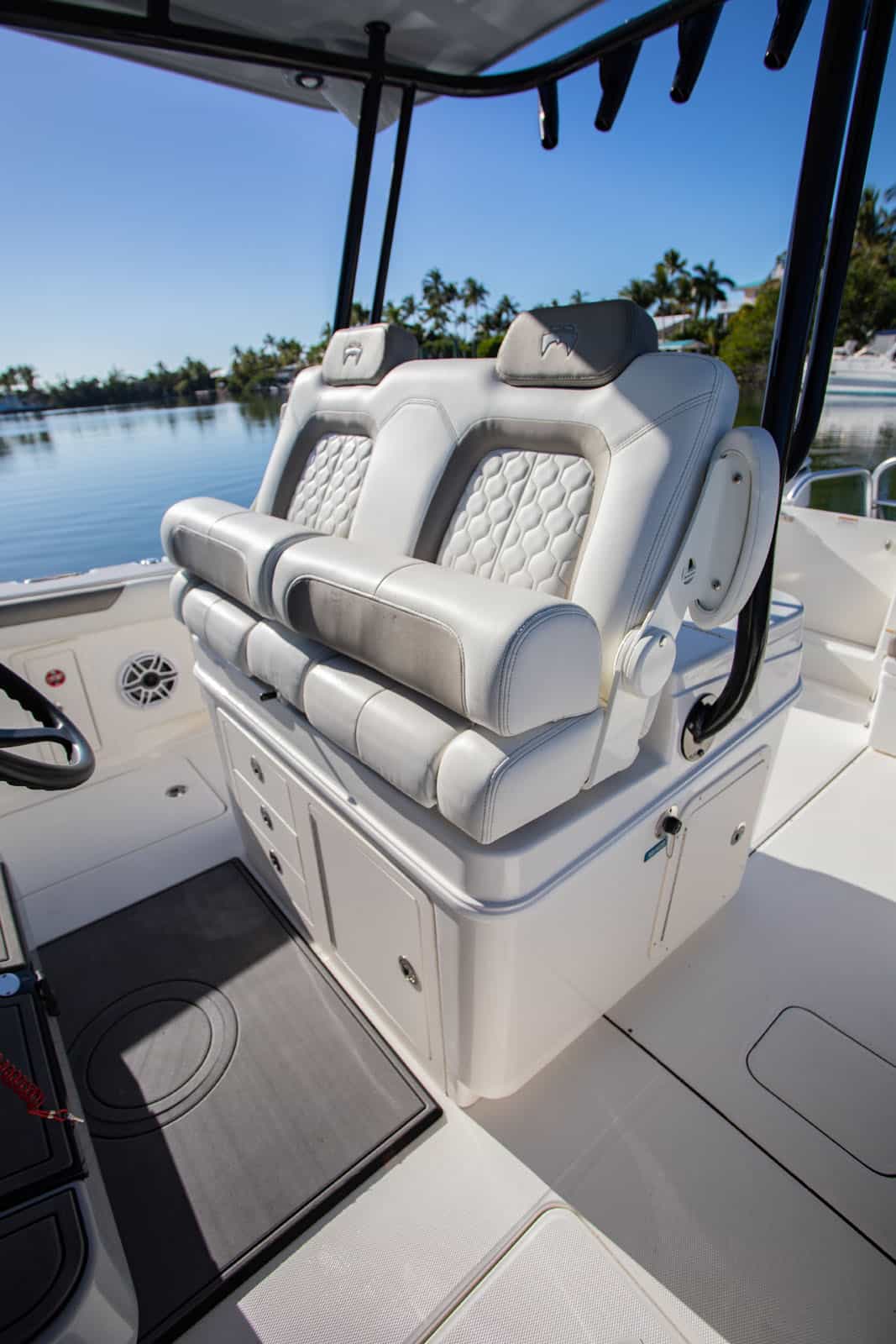 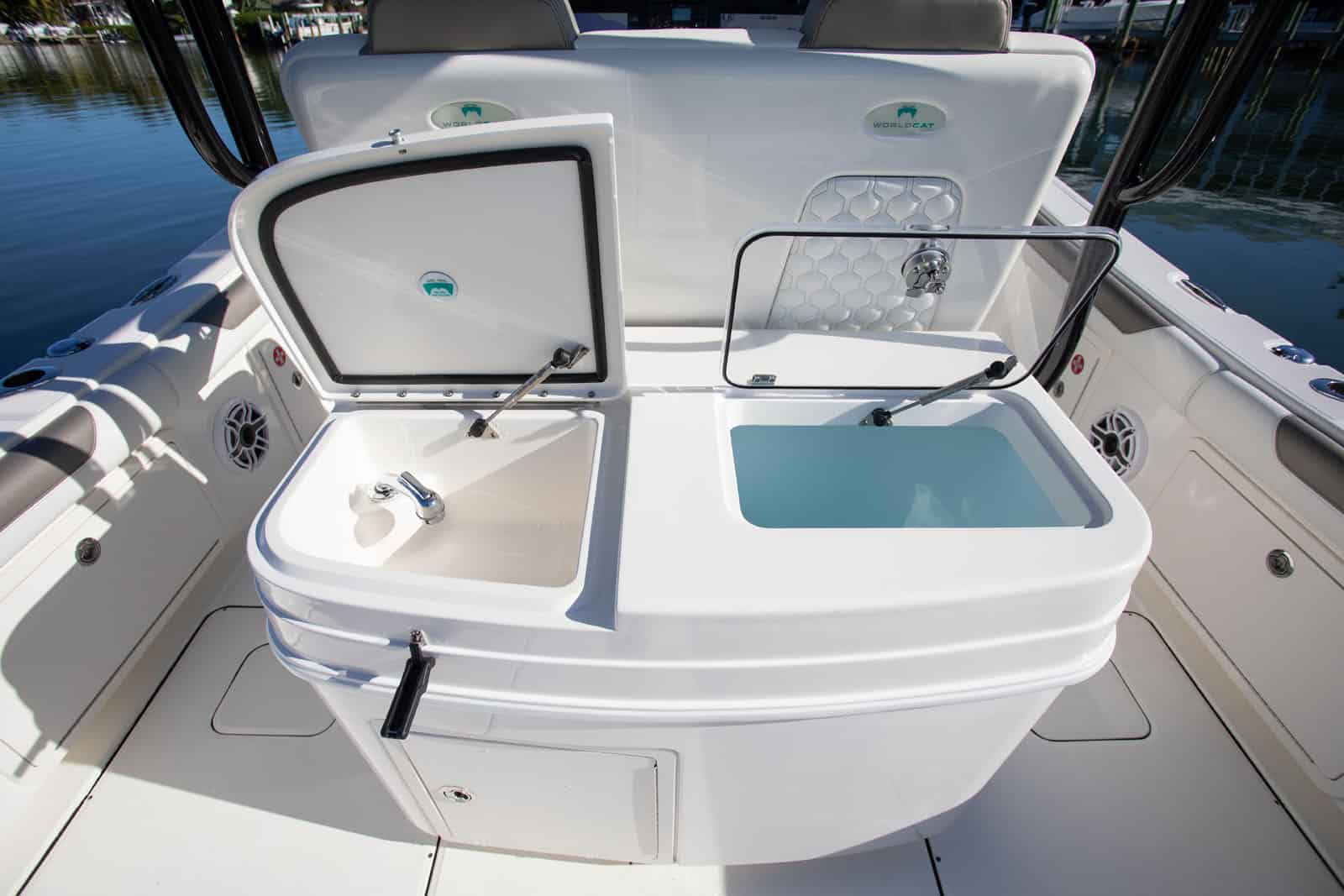 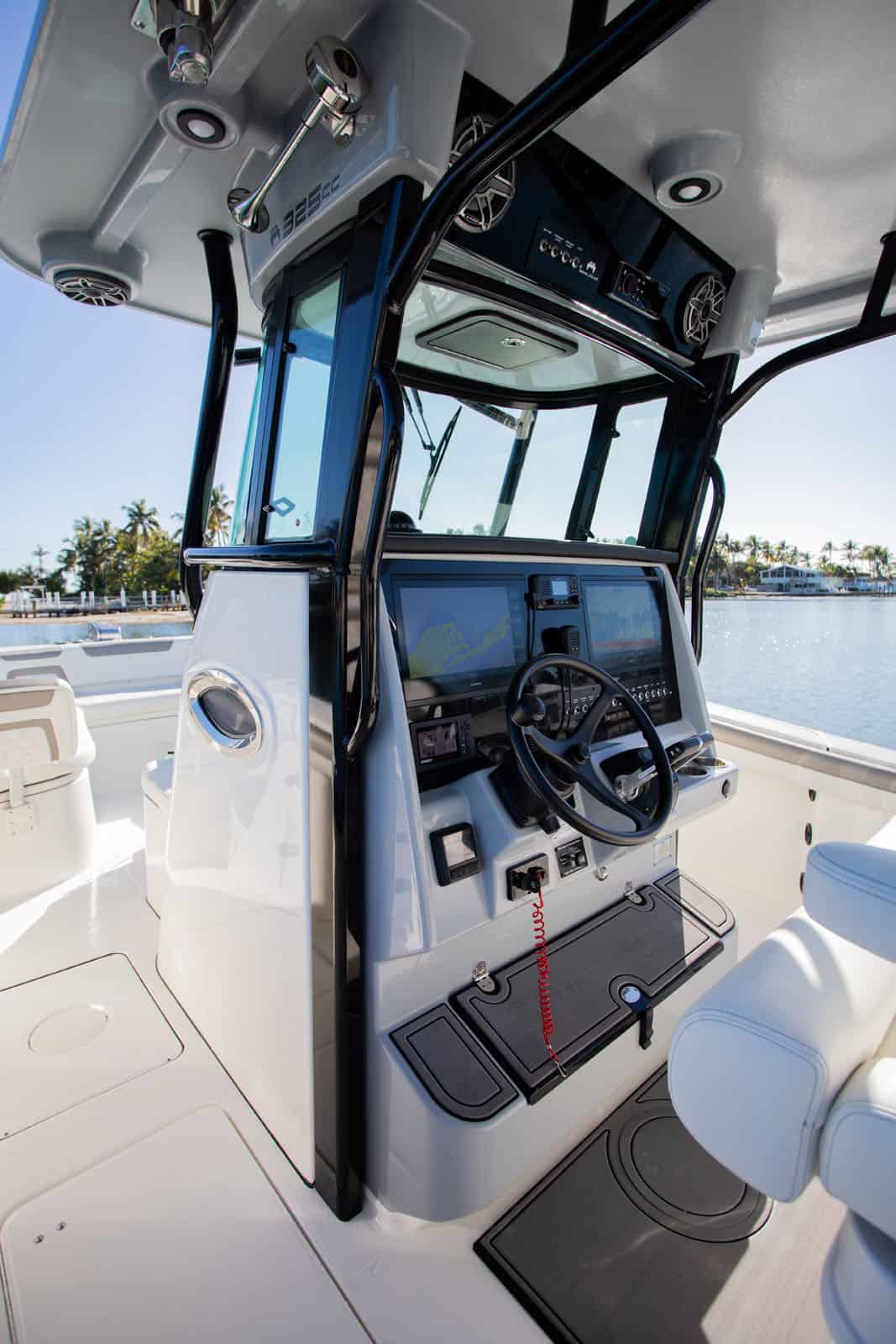 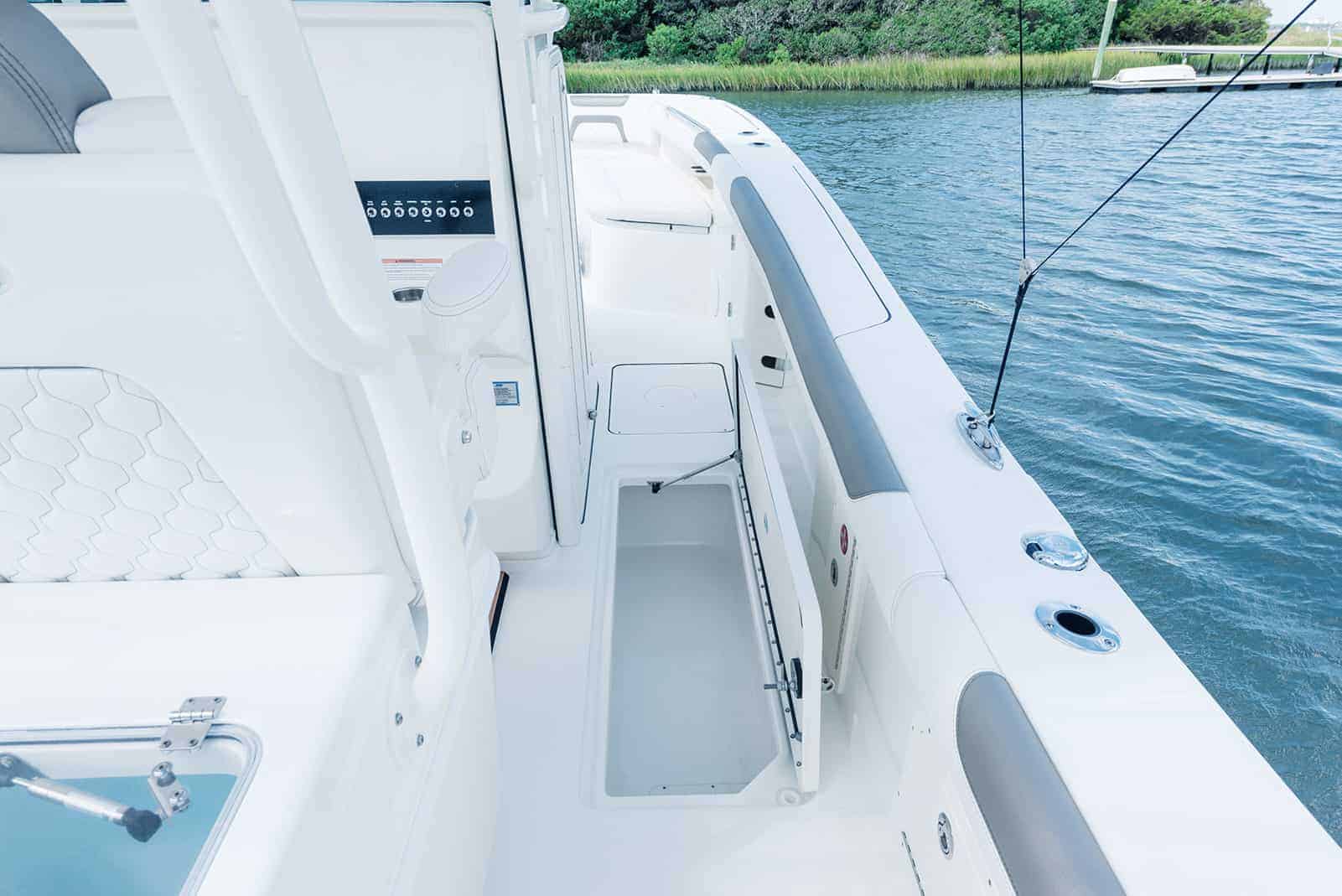 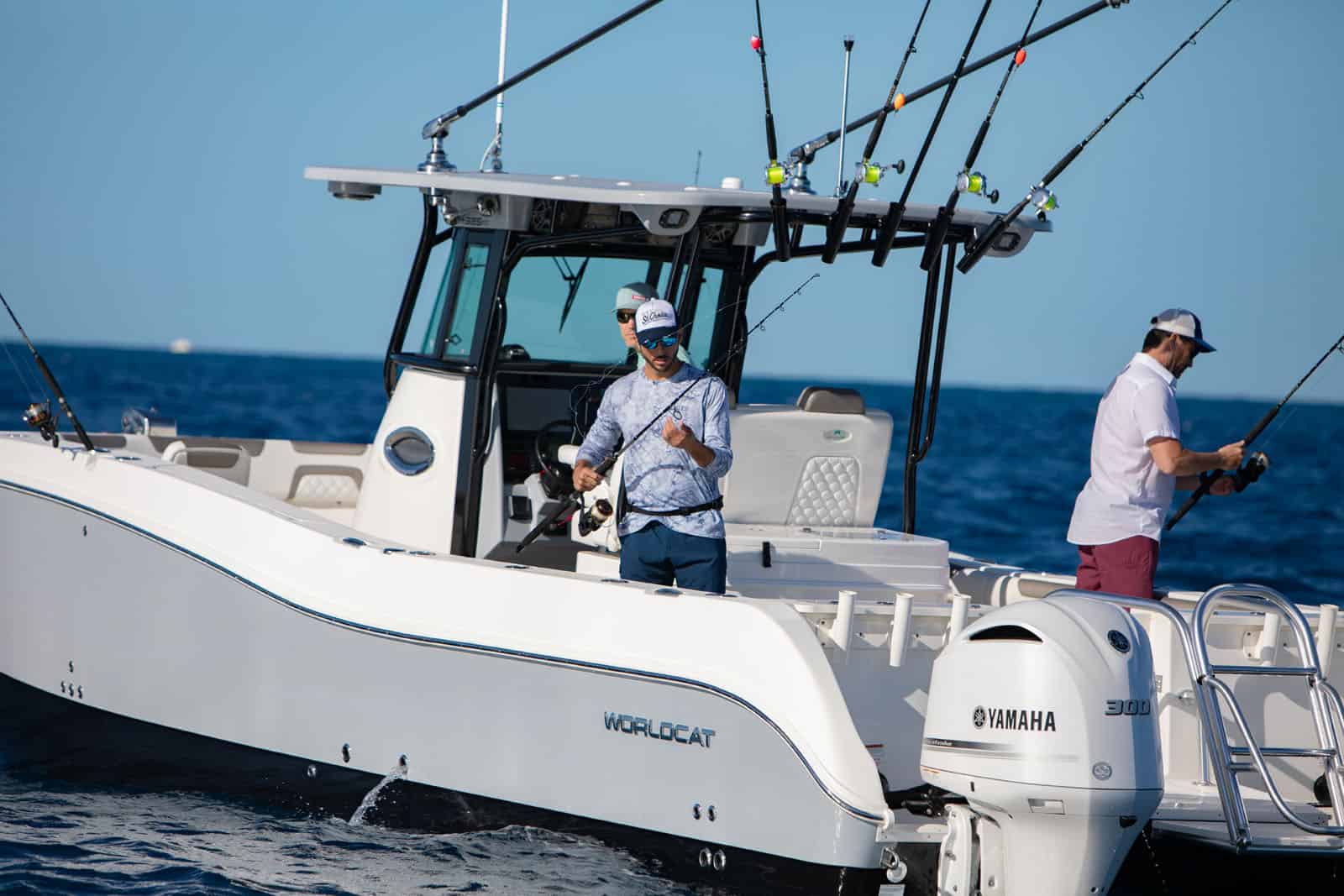 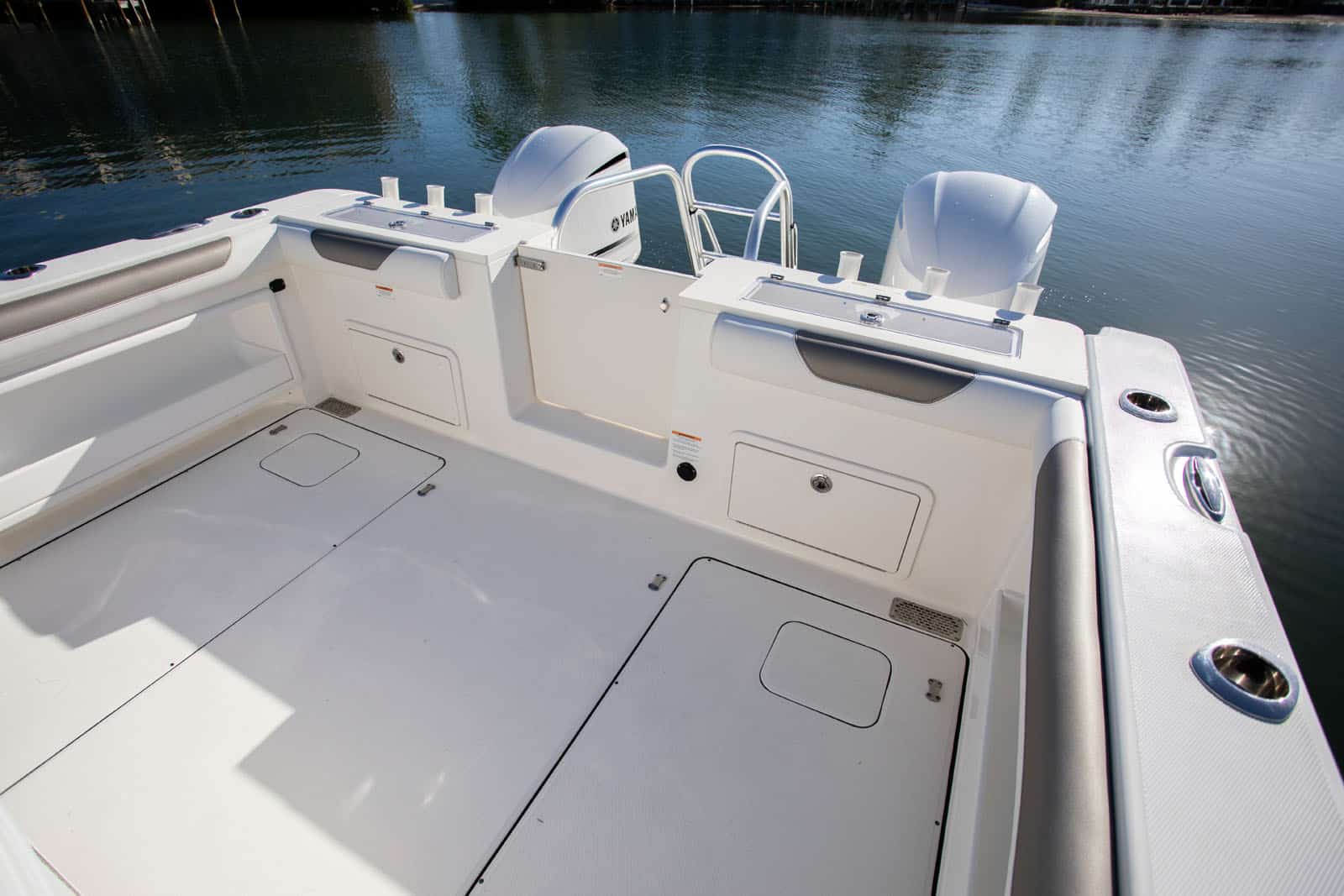 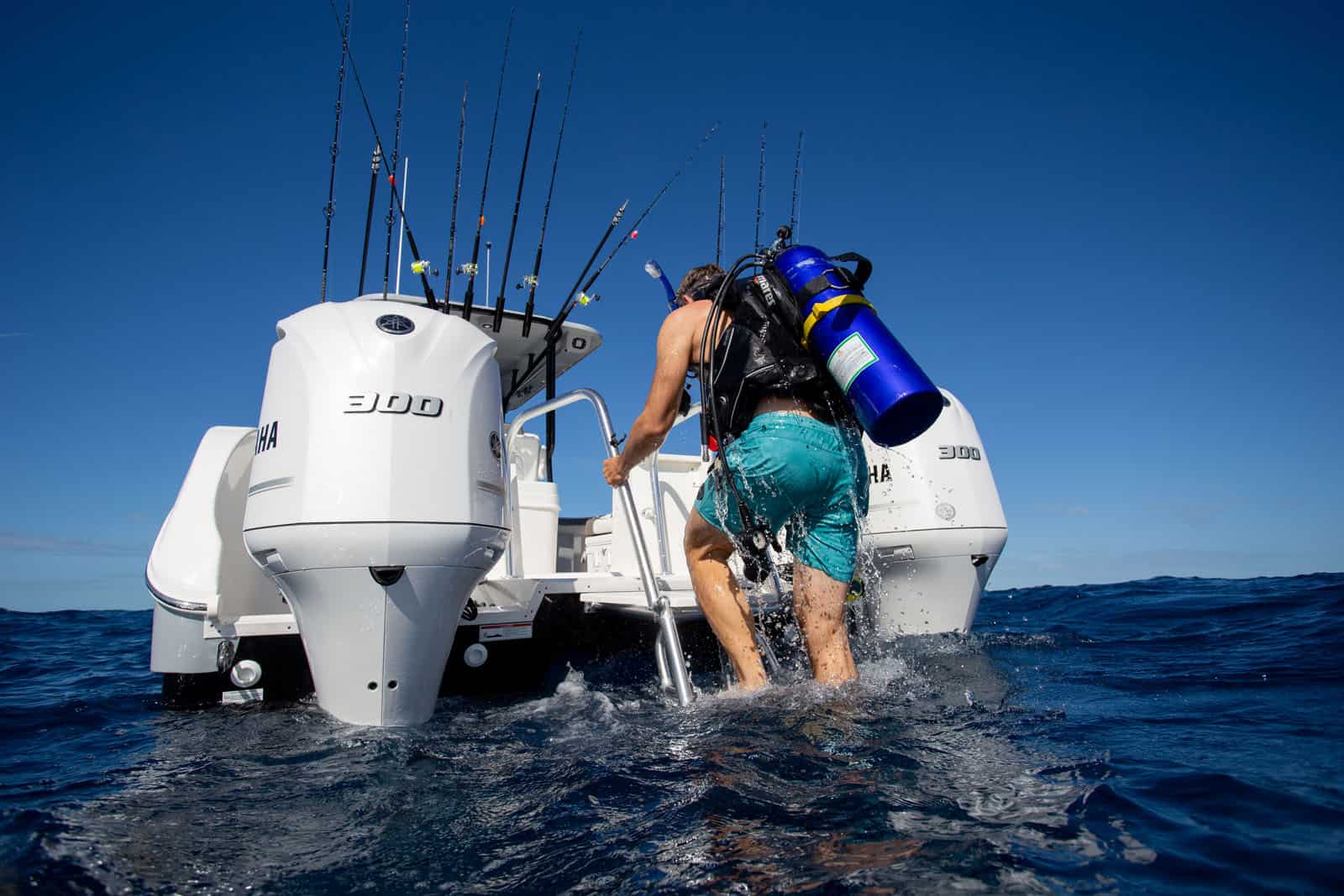 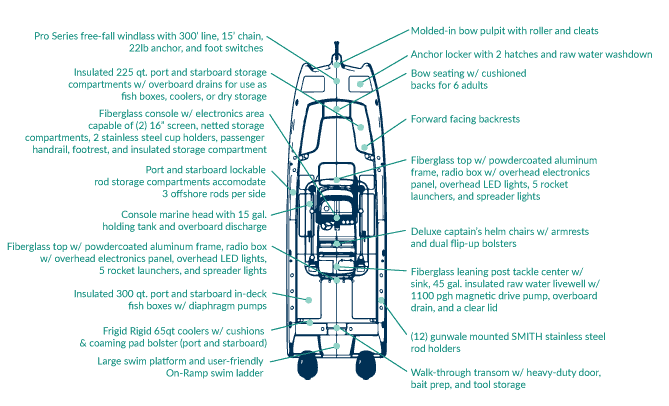 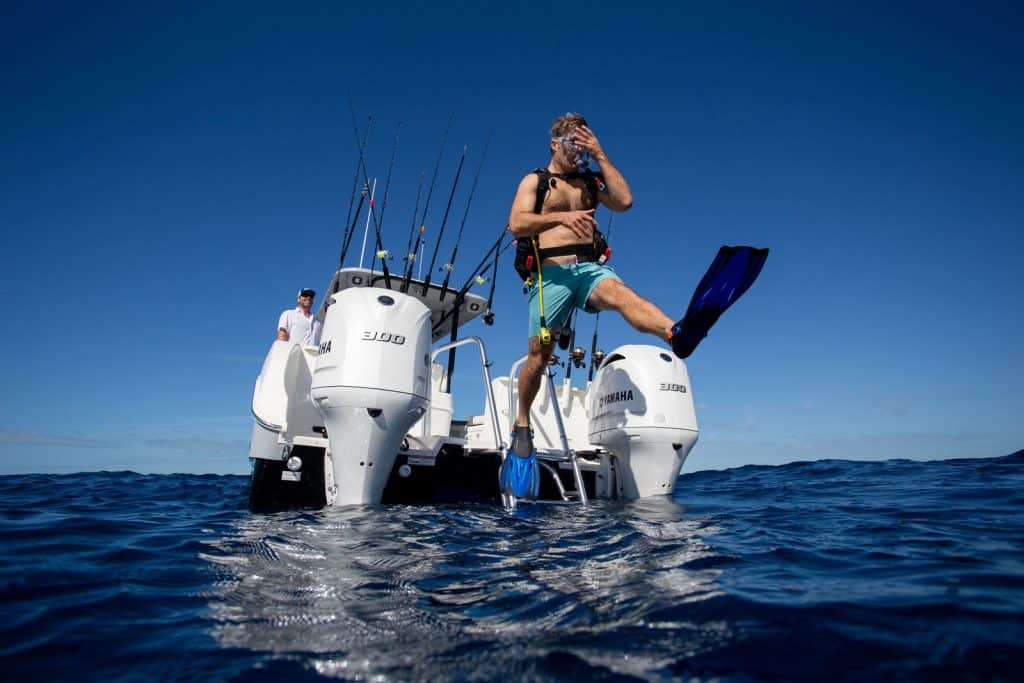 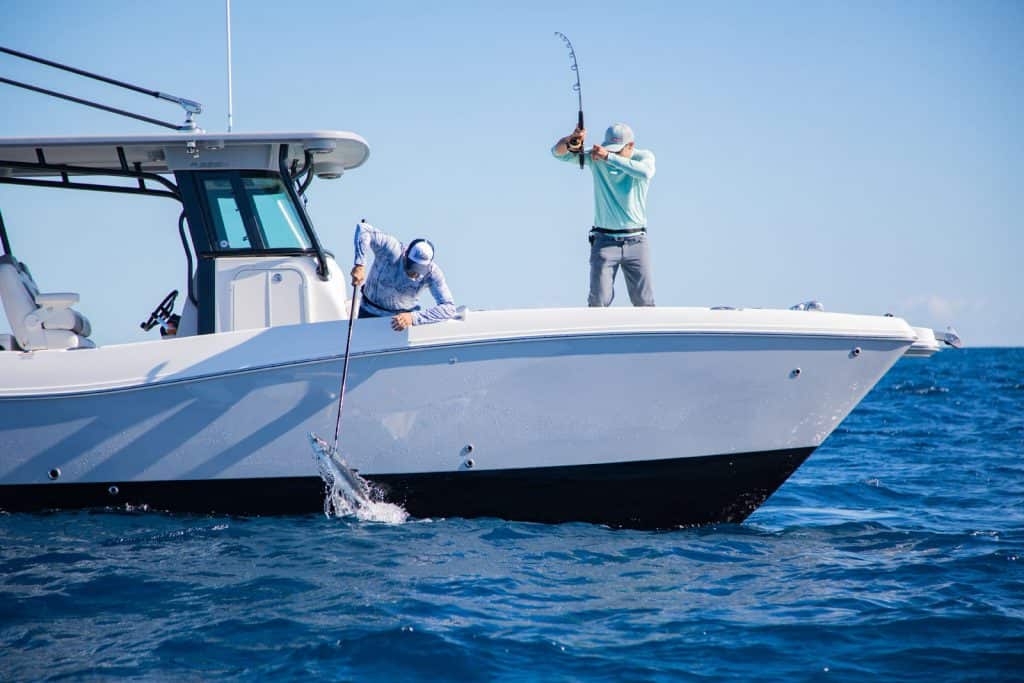 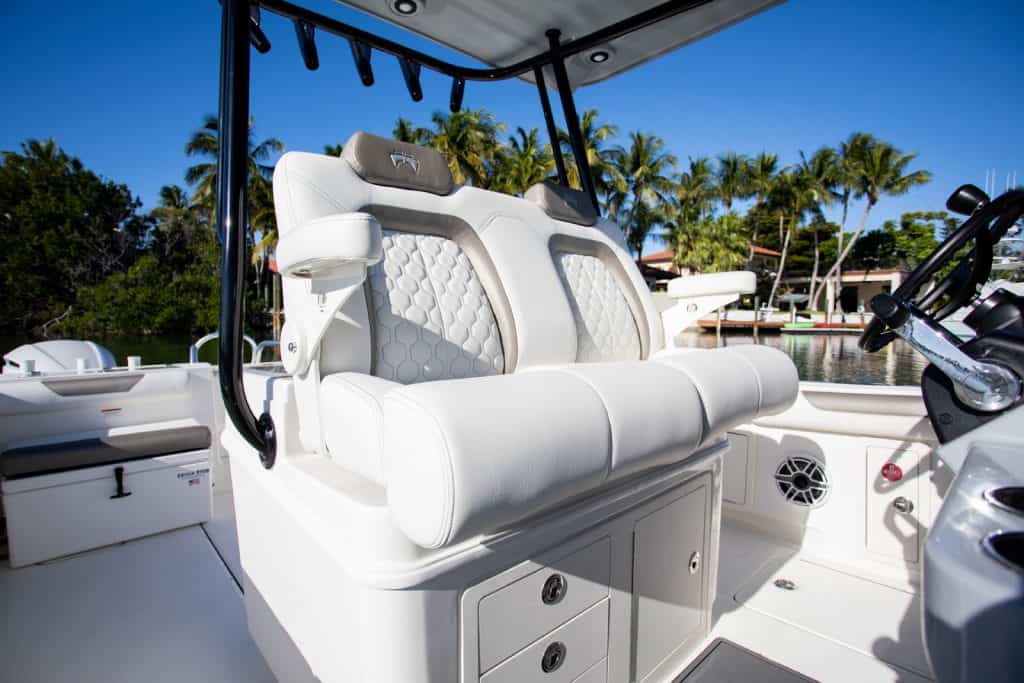 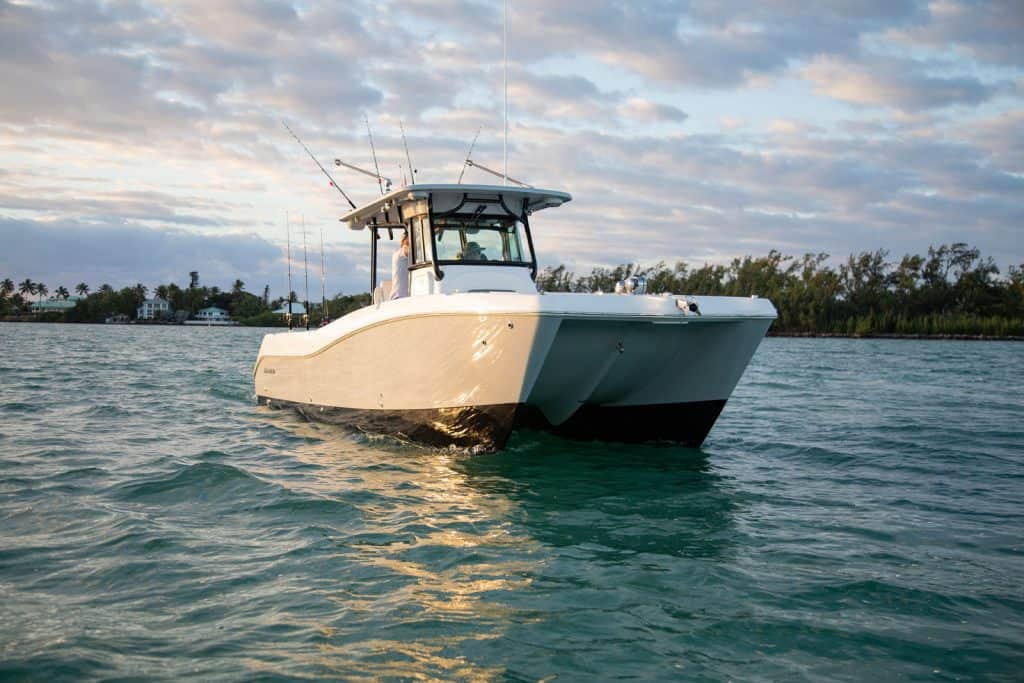 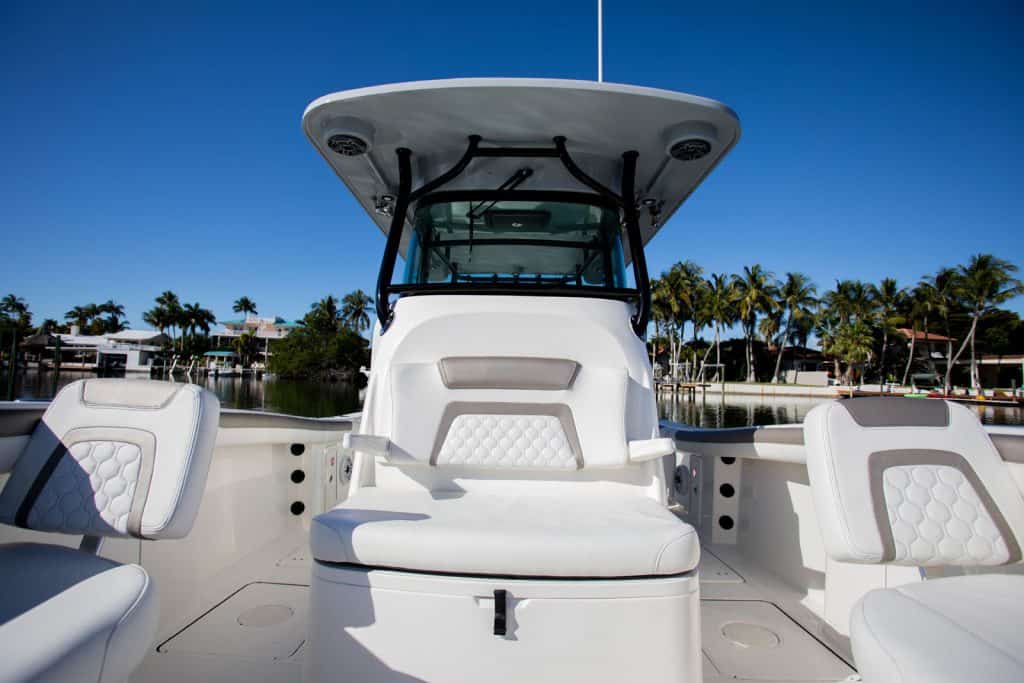 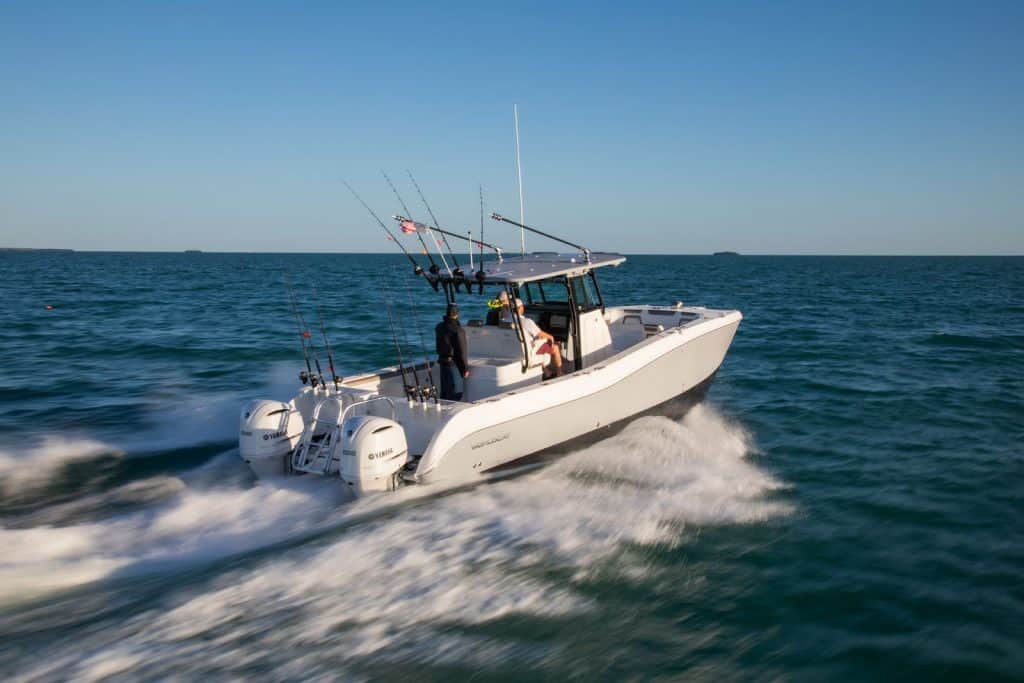