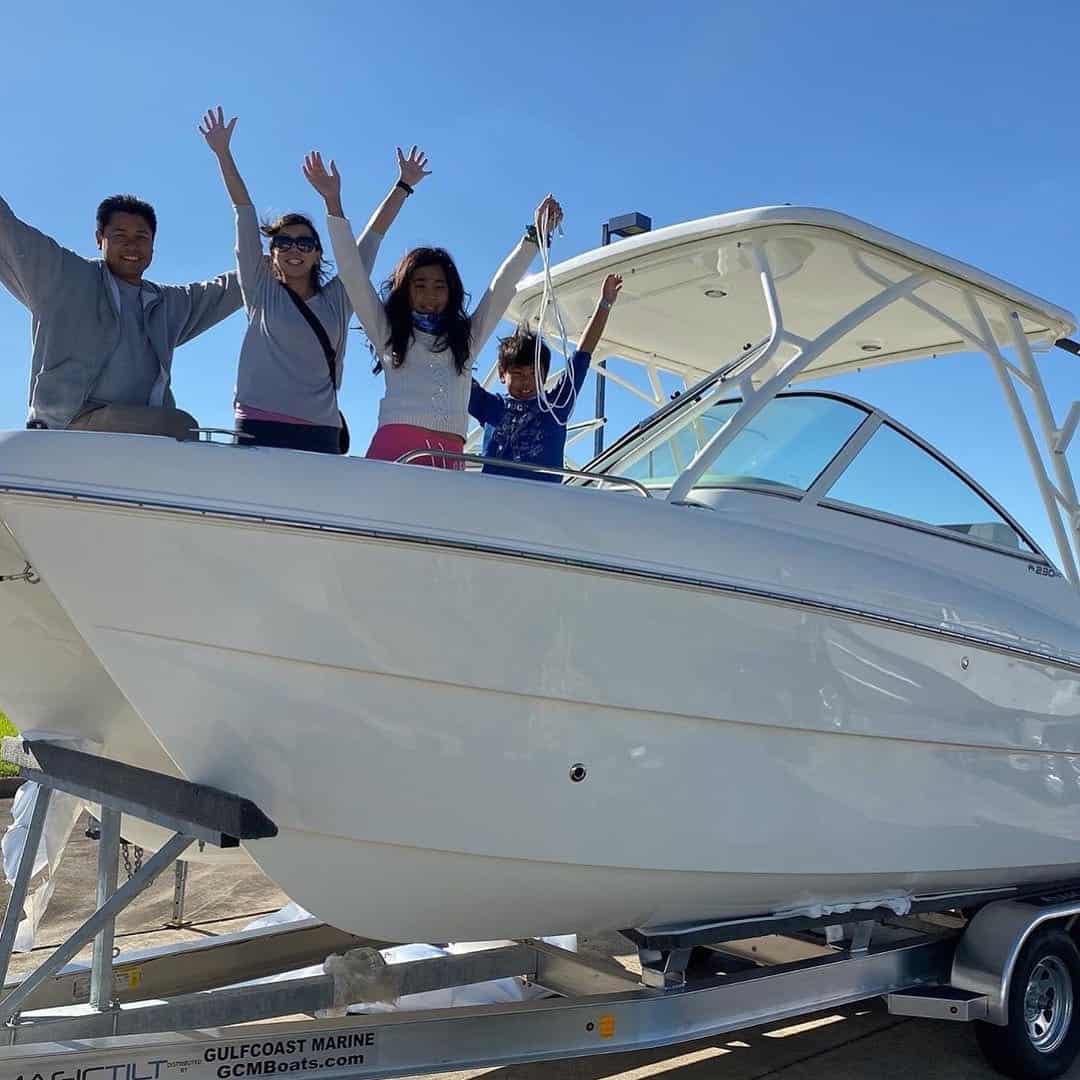 To whom it may concern,

I have been meaning to write this email for a while but chose not to do so until now. I’ll explain my reasoning for doing so later on in this e-mail. My family purchased our World Cat 230DC from Gulf Coast Marines (Jeff Ivie) in November of 2019. We met Jeff at a boat show in Houston a few months prior to our purchase. Jeff was attentive to my family’s needs and wants in a boat and made suggestions I did not know or think to ask based on those needs. I am an avid offshore angler. I’ve owned 3 different boats prior to making this purchase. As much as I love being out on the water and enjoy fishing I was not able to do so for the same reasons I’m sure most boat owners like me have or don’t have (time & money!). When I really wanted to, I can overcome most of the obstacles keeping me off the water but one. MY WIFE & KIDS GET SEASICK!! I can’t express how torn I am at times because of this. Go out with some buddies on the boat or spend time with my wife and kids? The wife & kiddos usually win. They want to spend time with me on the water but are not able to do so because the moment the boat starts rocking back and forth, all 3 are sick. The opportunities to take the boat out as a family is rare and they know this so they try their best to fight off the motion sickness. It is painful to watch my kids (5 and 7 at the time) try and hide their motion sickness from me because they wanted to spend time with their dad. The last thing I wanted to do was traumatize them and have them correlate boating/fishing to sea sickness and never want to be out on the water again. This occurred a few times and we would immediately head back in when it did and found something else to do (usually hang out at the beach). It was a tough choice to make but I decided to sell my boat after realizing my wife and kids will not be able to spend time on the boat with me and not get sick.

My kids were 8 and 10 when I decided to try for another boat. When I met Jeff at the boat show last summer, I told Jeff my situation and told him I was interested in a catamaran for its stability. At the time I was looking at a 23′ center console but Jeff suggested I take a look at the dual console catamarans because of its comfort and amenities (head compartment) for the wife and kiddos. I have never considered a dual console before because I thought the layout was not fishing friendly. Even after getting on the dual console at the boat show, I was not convinced a dual console boat was the right boat for my family. Jeff invited my family and I to go out and take a test ride with him on the World Cat 230DC. We agreed and planned to meet Jeff a few weeks after the boat show.

On the drive from Cypress TX to Kemah (approximately 70 miles) to meet Jeff later that month, my daughter began to get nauseated from the car drive. We had 20 miles to go before reaching the dealership. I pulled over and called Jeff to let him know what was going on and that we would be running late. In my mind as we were getting something to eat and waiting for my daughter to feel better, I was thinking this was a sign I was not meant to have another boat. If my daughter was not able to handle the long drive to the dealership, how is she ever going to be able to handle a long ride on the boat? I was considering scrapping the test ride with Jeff but my wife convinced me to go through with the test ride since we were almost there and she knew how much I wanted another boat. We eventually made it to the dealership. I never asked Jeff what he might have been thinking at the time when I told him my daughter was sick from the car ride to the dealership but I had doubts about whether my wife and kids were going to be ok on the boat ride.

When we finally made it on the water and were cruising around the bay, my kids absolutely loved the boat ride and being on the water. We had the music cranked up as we were doing doughnuts in the water trying to make large wakes to ride over. The catamaran haul kept the boat from rocking side to side while we were stationary and provided a more stable ride as we were cruising along and going over the wakes we created. I was sold at that point and I was now able to see why Jeff had suggested I give the World Cat 230DC a try. The 23′ World Cat was more comfortable than my previous 27′ center console. It had more seating, a larger T-top for more shade, a large head compartment for my wife and kids and a large windshield to help block the wind and sea spray.

It has been 4 months now since we bought our World Cat 230DC. During those 4 months we have been on the water more times than we have the previous 3 boats we owned combined. This is during the winter season!! We expect to be on the water even more often as the weather warms up. Thank you World Cat for making a boat that has allowed me to take my family offshore on calm days and to fish inshore when it is not. The 230DC is truly a versatile boat with its haul design and low draft. The stability and fuel efficiency of the boat has allowed me and my family to spend much more time on the water without hurting the pocket book too bad in fuel expense.

Lastly we would like to thank Jeff Ivie for his continued help with our boat ownership journey. The maiden voyage was on a Sunday afternoon. Jeff answered my phone call as I was on the water and couldn’t figure out how to power up the trolling motor. He walked me through how to reset the breaker switch on the batteries for the trolling motor as well as some other questions I had about the boat.

I do not like to write reviews immediately after a purchase because I want to wait to see how dealerships treat their customers after a sale. From past experiences, while dealerships are trying to make a sale they are easy to reach and more than willing to help the customer. After the sale it becomes difficult to reach anyone at the dealership for help. You feel like they have moved on to the next sale and do not feel any obligation to help you. It has not been that way with Jeff. We still keep in touch and Jeff has continued to help me with any questions I may have about my boat. World Cat and Jeff have exceeded my expectations. Thank-you! You have won us over as a World Cat customer and owner.