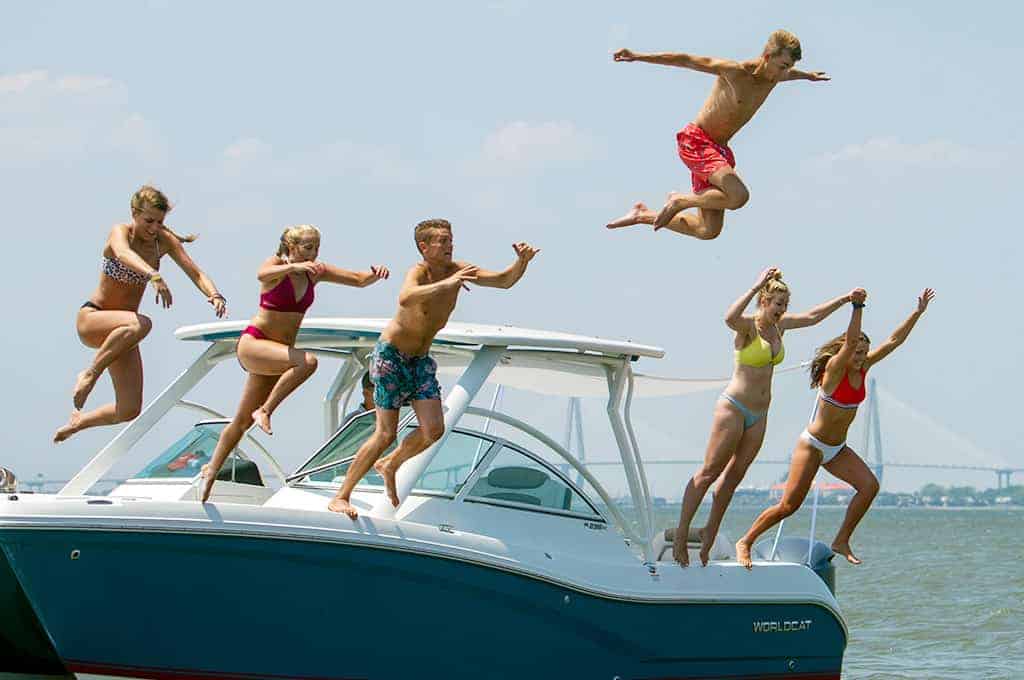 Undoubtedly one of the most important features of any watercraft is how well it’s engineered for a comfortable ride for all passengers. Many boats are primarily designed around comfort for the captain. This usually means anyone at the front or sides of the boat takes most of the jostling. The catamaran-style hull delivers three distinctive characteristics key to ride comfort, smoothness, load distribution, and stability.

The wider footprint of the catamaran vessel helps negate the effects of unpredictable rolling while at sea. The efficient hull design reduces resistance and allows for faster headway, especially in rough conditions.

The narrow design of the monohull vessel relies heavily on the calmness of the water to ensure a smooth ride. The bouncing, slapping, and choppiness encountered by the monohull is much greater due to the greater amount of surface area that remains in contact with the water.

A catamaran beam is carried fully forward, giving the deck a rectangular design, and resulting in more usable deck space than a monohull boat.

Boats have a pinched bow, which comes to a point, creating a triangular shape as opposed to a catamaran’s rectangular shape. This feature makes the monohull less space-efficient.

The catamaran’s rectangular shape uses space much more efficiently, giving passengers room to stretch out and enjoy the ride, even from the bow of the boat. Passengers can also enjoy the freedom to fish from either side of the deck, as opposed to having to adjust to ensure even weight distribution, as is the case with monohull designs. This is because the catamaran’s resistance to capsizing is much higher.

If you’re reading this, then you’ve almost certainly boarded a monohull style vessel, and you’re familiar with their tendency to rock and dip when passengers are boarding and offboarding. This unfortunate feature of monohull vessels can be understood best with a simple analogy: catamarans are similar to standing on two legs, while monohull vessels are similar to balancing on one leg.

Catamarans’ parallel hulls create reliable form stability, which prevents heeling and capsizing, and greatly reduces the vessel roll at rest and at trolling speeds. One of the most obvious advantages of catamaran stability is in the elimination of seasickness for passengers.

The stability of the monohull can be called into question more readily than a catamaran, as it requires four-times less force to initiate the capsize of a monohull vessel than an equally sized catamaran. Heeling is also more of a problem for the monohull, as its single-beam style makes it seven-times more prone to heeling than a similarly sized catamaran.

A catamaran hull experiences little to drag or resistance to get on plane, resulting in greater fuel economy. Catamarans have a steady rise in speed and fuel burn with little to no spikes in fuel consumption. See the diagram below courtesy of Yamaha Outboards. 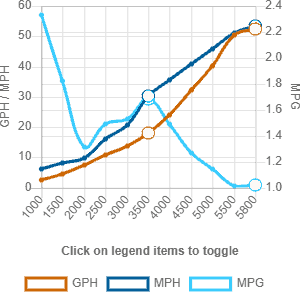 By comparison, bow(keel) drag created by a monohull vessel is higher than that of a catamaran, and due to this greater displacement.  The monohull encounters higher resistance taking longer to plane and spikes in speed and fuel consumption at mid-range. A monohull, by comparison, needs much more power to increase its speed. 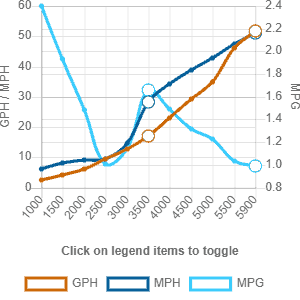